Find of the Month: Jubilees Past and Present

As we prepare to mark the occasion of the Queen’s Platinum Jubilee, this is a time for reflection as well as celebration – and in our preparations, we took a look through our collection to find how we’ve marked Jubilees past.

The Queen’s Silver Jubilee in 1977 was a huge event and many people received this transfer printed mug to mark the occasion. This particular mug, made by Churchill in Staffordshire, on was purchased by the Museum in 1977 – you might even have one of these at home! 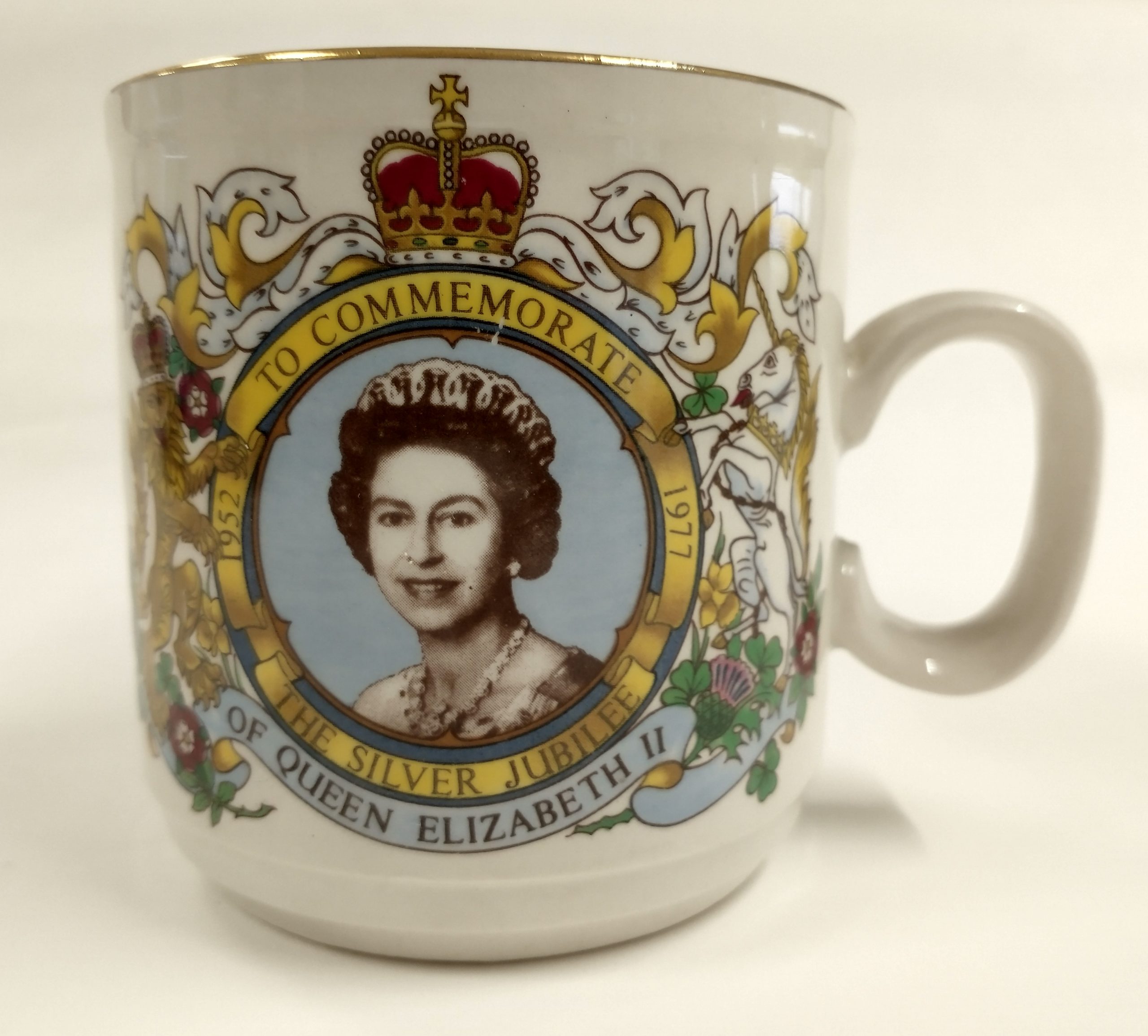 The Whitaker has other Royal commemorative crockery, such as this saucer celebrating the coronation of Edward VII in August 1902. 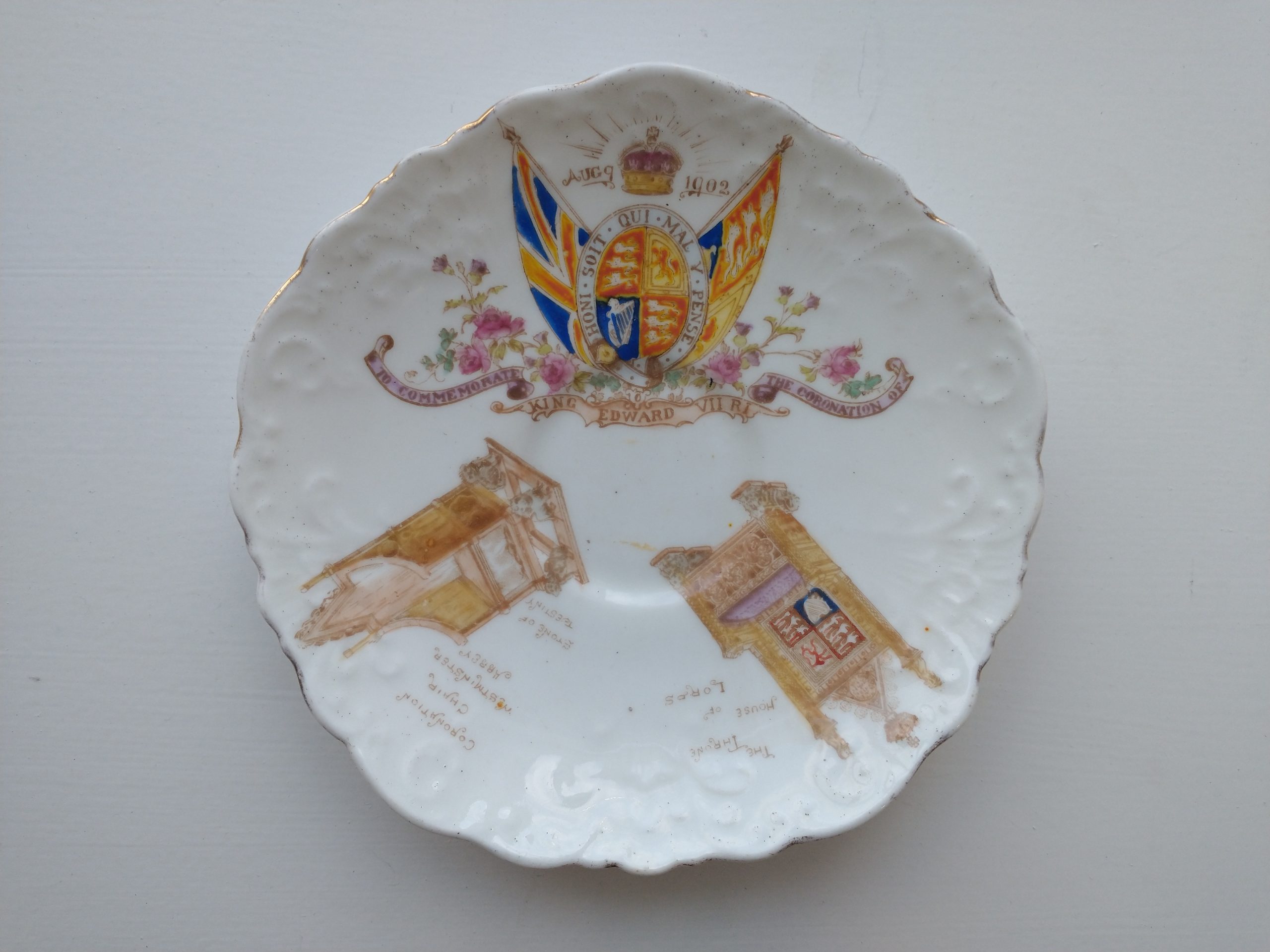 This saucer also includes hand-painted illustrations of the throne in the House of Lords and the Coronation Chair at Westminster Abbey, which is quite unusual. Edward became King in January 1901 after the death of his mother, Queen Victoria. He was supposed to have been crowned in June 1902 but was struck down with appendicitis, so the coronation was postponed until August 9th.

These two plates both celebrate Queen Victoria’s Silver Jubilee in 1897. This plate shows the Queen as she looked when she was crowned in 1837. The youthful, and relatively cheerful, looking Queen was not a sight many Victorians would have been familiar with. 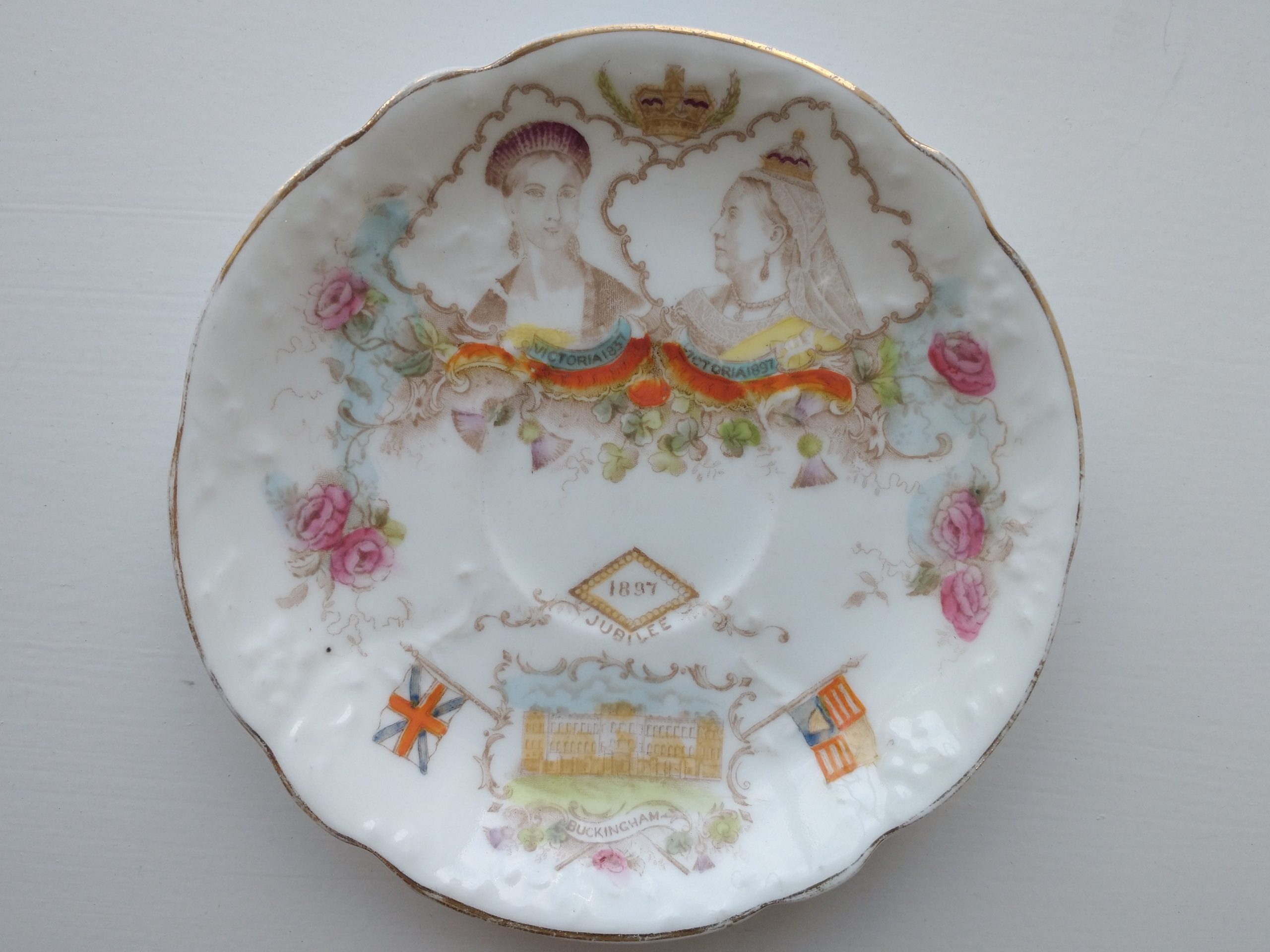 After the death of her husband Albert in 1861, Victoria went into deep mourning and wore black until her own death in 1901.

This plate, with a more sombre looking Queen Victoria, was donated to the Museum in 1966 by Alderman E. W. Duddington. Until the reign of our present Queen, Elizabeth II, Queen Victoria was the longest-serving British monarch, notching up a total of almost 64 years on the throne. 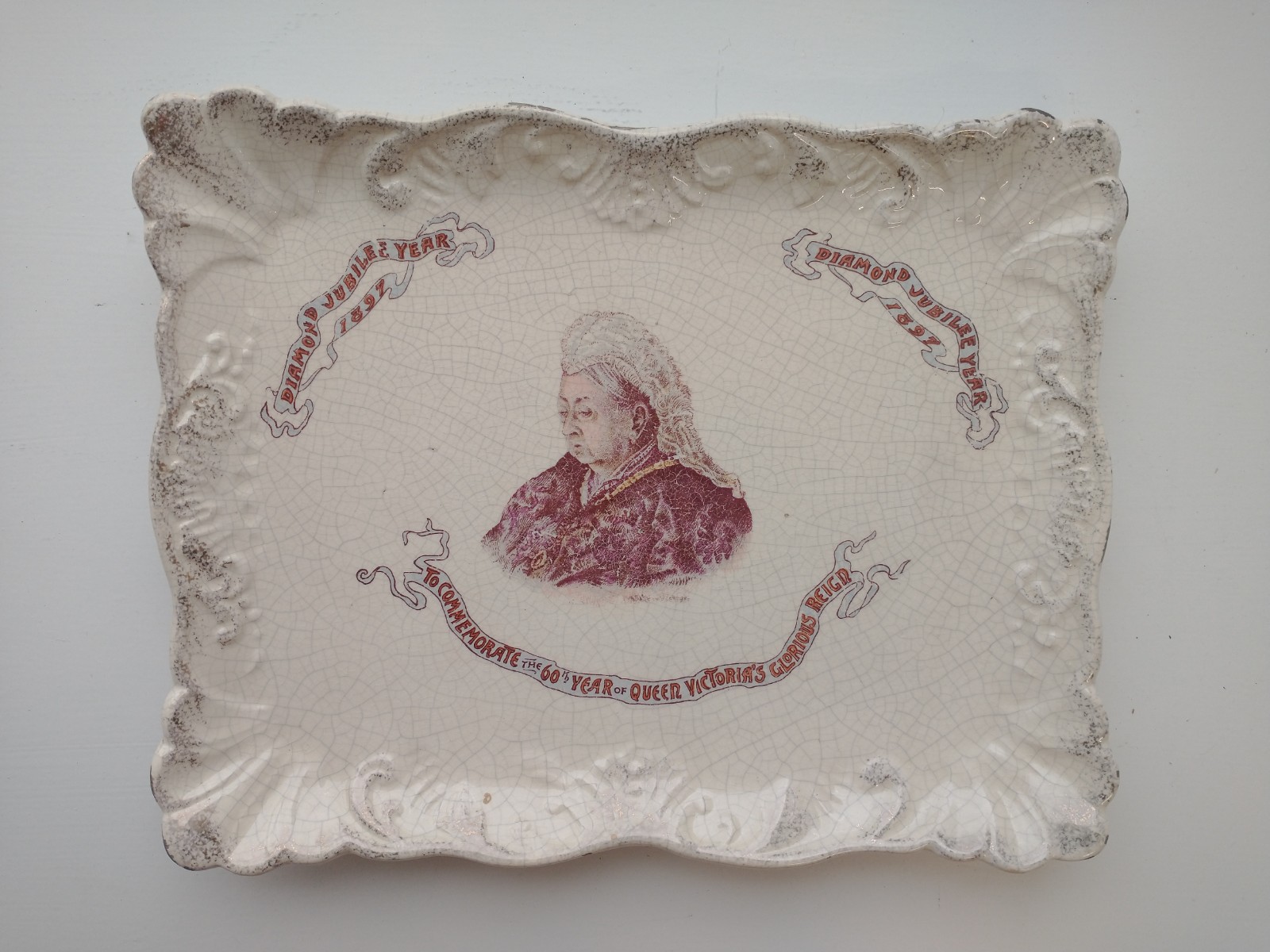 A lot has changed over the last 70 years – and The Whitaker would like to ask ‘What does the Royal Family mean to you’?

You can add your thoughts to our message board at the Museum in Reflect & Respond room or let us know on social media.

Find of the Month – May: A Fashionable Item